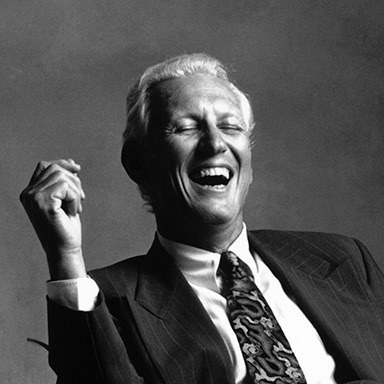 TBWA\Chiat\Day, the storied agency known for pioneering West Coast advertising and building some of the world’s most valuable and iconic brands such as Apple, Gatorade and Nissan, this week kicked off a celebration to commemorate its history, maverick creative spirit and progressive agenda for the next 50 years.

Shunning the conventions of Madison Avenue, Chiat\Day kick-started the West Coast ad boom in 1968 and eventually brought its creatively audacious California style of advertising global when it merged with international agency TBWA in 1995. Chiat\Day quickly built a reputation for challenging the status quo in a number of industry firsts. From Apple’s iconic “1984” spot that was credited with turning the Super Bowl into the premier showcase for new commercials, to being the first U.S. agency to bring account planning stateside and the first company to move to a “virtual office” concept, the agency’s pioneering spirit at times allowed it to transcend advertising and has always been at the heart of its most legendary work.

The agency began its celebration remembering the daring spirit of agency co-founder, Jay Chiat, with a lighthearted hoax, aimed at the tech giant, Google: The agency rallied the industry and the Los Angeles community to show support on social media for the return of the “Giant Binoculars” artwork that currently adorns the entrance of Google’s Venice, California, office. The “Giant Binoculars” had originally been created for Chiat\Day in the ’80s for its West Coast corporate headquarters. Jay Chiat initially worked with his close friend (and legendary architect), Frank Gehry, on the building’s commission and the artwork’s conception.

The stunt was later revealed to be a fundraising effort for Turnaround Arts: California, to honor Chiat’s love of the arts. Turnaround Arts: California is part of a national public-private partnership that leverages the arts to fuel change efforts in our nation’s highest-need schools. The agency helped raise awareness of the partnership’s mission and donated $10,000 to help struggling Los Angeles elementary and middle schools to close the opportunity gap, increase student engagement and improve campus culture.

“The arts should belong to everybody, and every kid should have the chance for a good education. Access to the arts and a high-quality education aren’t two different ideas — they’re one reality,” said Frank Gehry, co-founder of Turnaround Arts: California, and the architect of Chiat\Day’s former West Coast headquarters.

Later this fall, agency leaders and staff will attend a listening tour at various Turnaround Arts: California schools in Los Angeles, to hear directly from students and teachers about their specific needs and to identify areas of creative innovation. The collaboration with Turnaround Arts: California will continue throughout 2019. TBWA\Chiat\Day teams will work with Turnaround Arts educators on programs that will bolster the creative skills of teachers and students, including hosting workshops focused on graphic design, coding and creative problem-solving.

“It’s a privilege to work at one of the best and most influential agencies of all time,” said TBWA\Chiat\Day LA President Erin Riley. “With that comes responsibility to keep challenging ourselves to create the next wave of industry firsts and to inspire current and future talent to positively impact culture for the next 50 years.”

TBWA\Chiat\Day released a new manifesto about the importance of creating brave work, inspired by the pioneering spirit of Jay Chiat and the agency’s Disruption® philosophy. The manifesto is now featured prominently on tbwachiatday.com. The film, centered on the provocation, “Don’t do the right thing,” is a rallying cry aimed at TBWA employees and the industry as a whole, including clients — a reminder that to make truly breakthrough work we must embrace risk. The manifesto also incorporates one of Jay’s most famous quotes, “Good enough is not enough,” which has been the maxim of the agency since its inception, helping to produce some of its most unforgettable, culturally impactful campaigns. Whether that meant launching the revolutionary Apple Macintosh via the now-legendary “1984” commercial, inviting consumers to experience travel in a whole new way for Airbnb, keeping the crazy Energizer bunny going and going, putting the weird in Skittles, or refreshing the world with Pepsi, over the course of five decades, TBWA\Chiat\Day has become one of the most prolific ghostwriters of brand storytelling.

“I’ve seen a lot of things change over the last 50 years, but Jay Chiat’s passion for big, brave ideas is still at the center of what we do. If we remember that, the next 50 years will be just fine,” said Lee Clow, the chairman of TBWA\Media Arts Lab.

The agency’s enduring commitment to big, brave ideas has continued to prove impactful in the last year, with continued growth and creative success across both its New York headquarters and its Los Angeles outpost. TBWA\Chiat\Day welcomed new household-name clients, like Hilton and IMAX; expanded partnerships with existing clients, including McDonald’s and Nissan; and created disruptive work for brands like Gatorade, Thomson Reuters and adidas.

“TBWA\Chiat\Day has consistently created work that makes a dent in the universe, and this continues to be their lifelong pursuit,” said Troy Ruhanen, president and CEO of TBWA\Worldwide. “We are incredibly proud to mark this milestone, and thank Jay, Guy and Lee for setting us on this great journey.”

Internally, TBWA\Chiat\Day LA has used the anniversary to launch new initiatives focused on inspiring talent with artistic and professional stimulus in the form of talks, workshops and trainings, as well as diversifying the agency’s exposure to different types of creative and business problem-solving.

“We’ve debuted new programs focused on sparking the creativity and ingenuity of the entire agency,” said TBWA\Chiat\Day LA chief creative officer, Renato Fernandez. “We created an LA edition of TBWA’s “Disruptor Series,” in which we’ve featured high-profile filmmakers, activists, musicians and artists, as well as launching a revamped version of our renowned, ‘Young Bloods’ creative-internship program. We also rolled out a new, specialized skills-building (graphic design, coding, improv, etc.) platform, called ‘C\D Academy,’ that is already growing the inventiveness of all our people.”

In New York, the agency is fostering gender equality with the launch of Circle of Women, a mentorship and leadership program aimed at building a healthy pipeline of future, female leaders within the agency. Last week, New York hosted its 50th “Disruptor Series” event. The series has become one of the highest-profile speaking platforms on Madison Avenue, with guests as varied as Maria Shriver, Al Roker and Mexico’s former president, Vicente Fox. As it looks to help clients capture a larger share of the future, the agency has further diversified its offerings, including a new design company, a strategic consultancy, and an advanced social-listening practice, as well as growing TBWA’s data-and-SEO performance-marketing agency, Engage.

Rob Schwartz, CEO of TBWA\Chiat\Day New York (and a 20-year veteran of the agency), commented:

“A lot has changed in the business since 1968. And a lot is going to change in the next 50 years. But one thing that won’t change is Chiat\Day’s commitment to excellence and creativity. It’s a spirit and a standard that was ignited under Jay Chiat, that blossomed under Lee Clow, and will continue to endure for years to come.”