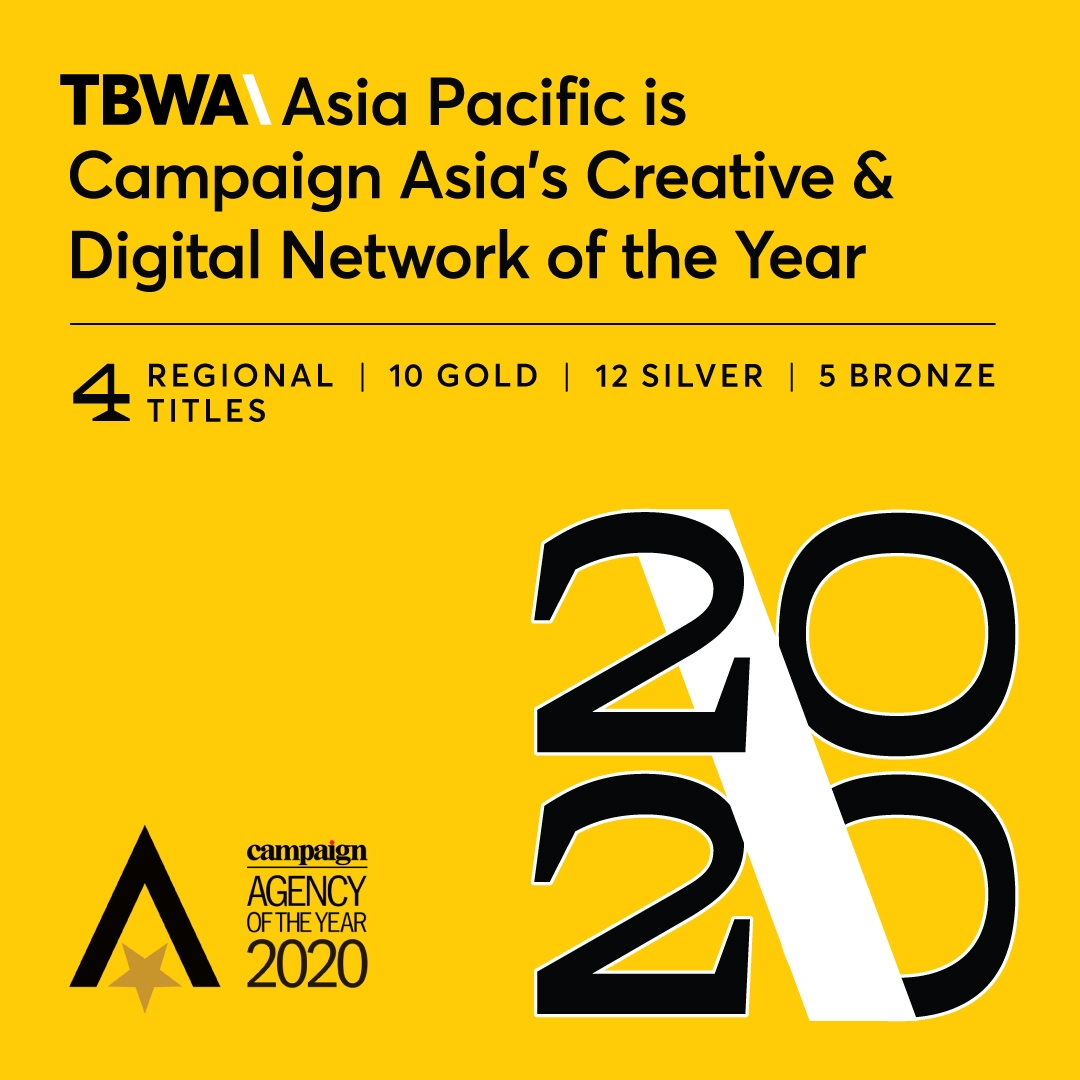 Winning the top regional accolade for both creative and digital

In an extraordinary year underpinned by the current of uncertainty, TBWA finishes 2020 as Campaign Asia Pacific Creative and Digital Network of the Year. TBWA\Asia Pacific won 31 Agency of the Year titles including regional recognitions across Southeast Asia and Greater China for Integrated, Creative, Digital and Production. The Collective’s leadership was also recognized with six People Achievement Awards across the region.

Said Sean Donovan, president TBWA\Asia: “I couldn’t be prouder of our leaders and our teams across the region. This recognition, coupled with the recent Campaign Brief Asia #1 Creative Network of the Year ranking, exemplifies their efforts over the past year. It really is a fitting acknowledgement of the results they have delivered and the value they have created for our client partners in this extraordinary year.

“And all of this success can be attributed in no small part to the humanity, compassion and empathy our leaders have showed throughout 2020. They are an outstanding team of people.” Added Troy Ruhanen, CEO, TBWA\Worldwide: “This would be an outstanding accomplishment in any year, but to be named creative and digital network of the year in 2020 says everything about the exceptional people who make up our Asia collective. Up against considerable headwinds they continued to innovate in how they work, in pushing the boundaries of our creative product, and in helping our clients successfully navigate business and human challenges. Their success is a testament to the power of a creative collective, and of course to Disruption®.”

In Japan and Korea, for the 10th time, TBWA\Hakuhodo was named Japan’s Creative Agency of the Year – GOLD. The agency secured two additional GOLD awards for Best Culture and Best Brand Partnership with Nissan, while chief operating officer, Chris Iki was named Agency Head of the Year for the 2nd time.

· Marketing Communications Team of the Year