play
fullscreen video
close video
McDonald's newest burger which intends to help the Spanish primary sector face the Covid 19 crisis
TBWA\Spain has taken part in this process of co-creation together with the brand to launch this new product.

Big Good was created through the union of local livestock and producers from various zones throughout Spain who were affected by the COVID-19 crisis. They have joined together with the company’s regular food supply chain to create a team of more than 2,000 primary sector suppliers.

According to Juan García Escudero, CCO of TBWA\Spain, “Big Good is the result of many moths of working hand in hand with a fascinating brand such as McDonald’s. It is an innovation, a launch, a quality campaign, a CSR campaign, and a documentary film, but above all, it is a tangible contribution of a great brand to the primary sector during this complicated situation in which we are all living in. I think it is just what we need. More brands should step up and offer real contributions to society”

With the launch of Big Good, McDonald's wants to contribute to the visibility of the Spanish primary sector. In order to do so, they have given a voice to the individual stories of each producer, livestock or agricultural, who supplies an ingredient of Big Good. The 30 minutes documentary film is directed by Nacho Clemente.

The documentary submerges us in the creation of the hamburger, from the origin of its ingredients until the final product. During the journey, we find the testimonies, concerns, and hopes of those local suppliers for whom Big Good has given an economic push. In addition, we are invited to get an up-close look at never-before-seen processes, sneaking behind the scenes of the offices of McDonald's Spain and accompanying the leaders of this project on their day to day. In addition to the documentary film, the campaign contains audiovisual pieces for television, OOH, radio, digital, social media and internet.

The ONE SHOW - Shortlist - “Big Good” McDonald’s in IP& Product: Innovation in Lockdown 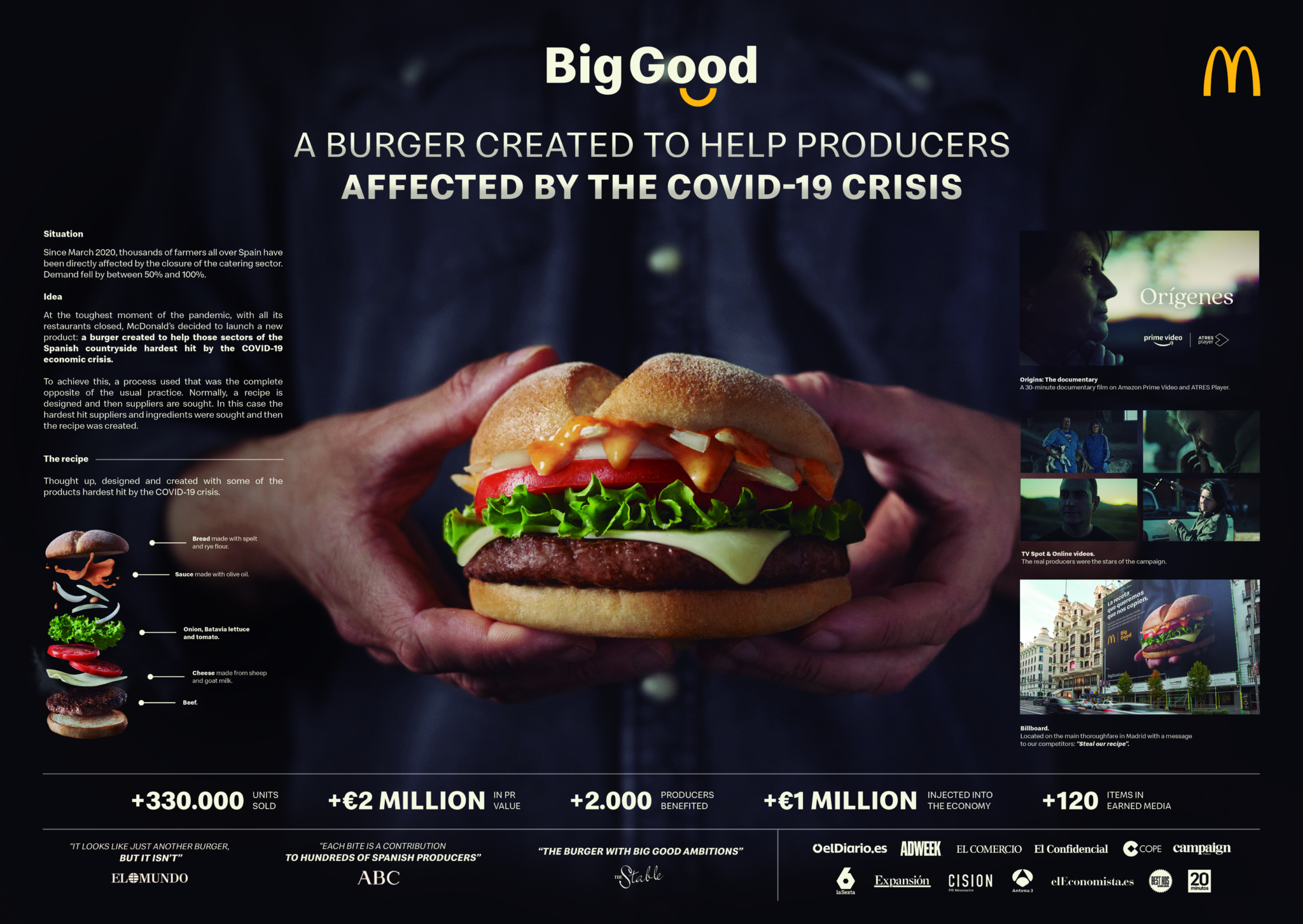